Originally scheduled for the Polytechnic (?) - see cuttings below

Fifth date of the FLOOD OF LIES UK tour 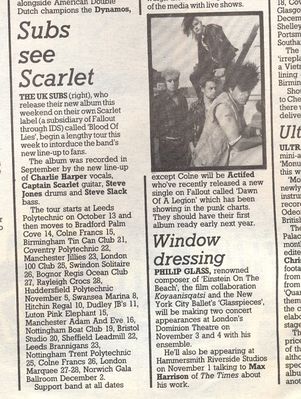 This email address is being protected from spambots. You need JavaScript enabled to view it.  if you can provide this website with any of the following: