Whilst we were salvaging the T&M website after it was hacked, ex-Subs bassist Paul Slack, who had been publishing his Blog on T&M, decided to move it to a new Blog host... 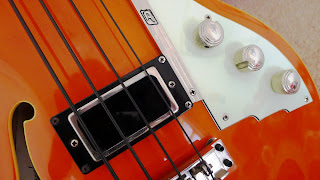 Welcome to the all new Monica and the Explosion blog. For the last couple of years I've been publishing our blog on the UK Subs "Time and Matter" website. Recently that site has been hacked and a code has been inserted into the HMTL which has prevented the homepage loading. Why anyone would want to attack a site that is enjoyed by so many people is beyond my understanding. Over the last four years Mark Chadderton and Rob Cook have built a fantastic site for all Subs fans, and along the way they've raised money for various charitable causes. This has been a "labour of love" for them and the person responsible for attempting to destroy all this hard work should take a long hard look at themselves. Mark and Rob are currently trying to retrieve the situation and get the site up and running again. Monica and I wish them all the best and hope that this blog can return to it's original home before too long.

So, for those of you new to the blog, Monica and the Explosion are Monica Welander and me Paul Slack. We are an Anglo/Swedish "Jukebox Punk" duo currently based in Tunbridge Wells, Kent. We've been playing together for nearly two years and, since we recorded the "Shut Up" album, in April 2010, we've performed in Australia, France, Sweden, the Netherlands, Germany and the Republic of Ireland as well as undertaking numerous tours around the UK. 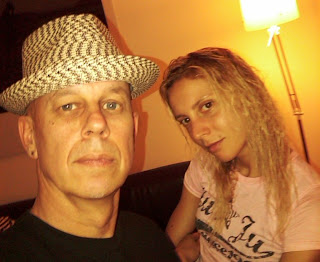 As well as a shameless piece of self-promotion this blog is the story of our progress as we travel around Europe and beyond, playing venues both near and far. Part diary, part travelogue it will introduce you to the places we visit, the venues we play and the people we meet along the way, as well as hopefully giving you an insight into the semi-nomadic existence of a touring band. 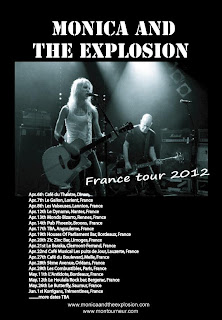 As you can see we're just about to embark on a new French tour. This will be our fifth trip to France a country that has become one of our favourite places to play. We leave on Thursday morning taking the midday ferry from Dover to Calais, stopping overnight in Le Neubourg (22 miles south-west of Rouen) on our way to our first gig at Le Cáfe du Théatre in Dinan.

Over the next few weeks I'll let you know how we get on, with regular reports on the good, the bad, and the ugly side of touring.