The following new story appeared on the T&M homepage: 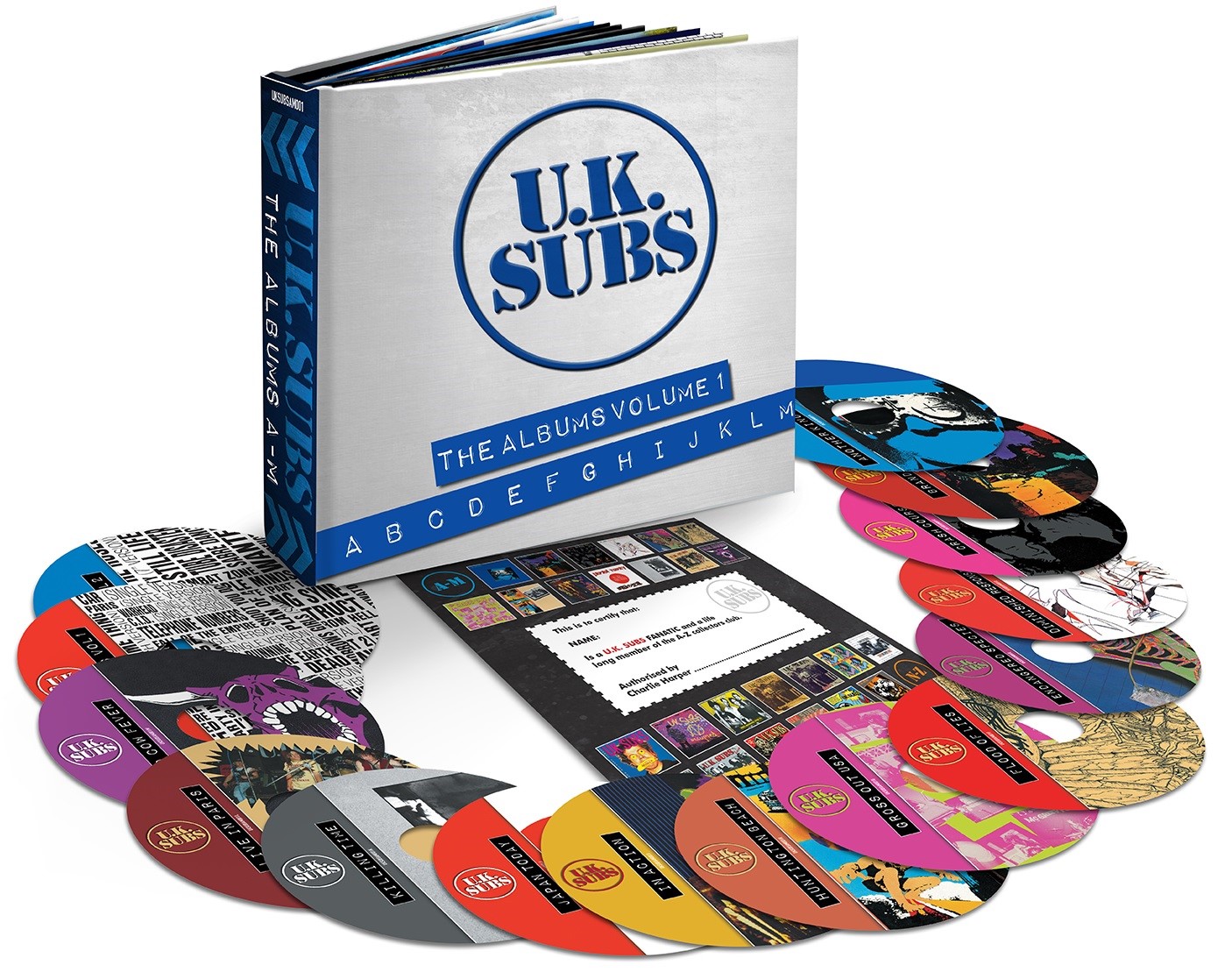 Edsel Records, a division of the DEMON MUSIC GROUP will be issuing two magnificent U.K. Subs CD boxsets this year, comprising an awe-inspiring and jaw-dropping collectors' delight of 30 CDs in total. 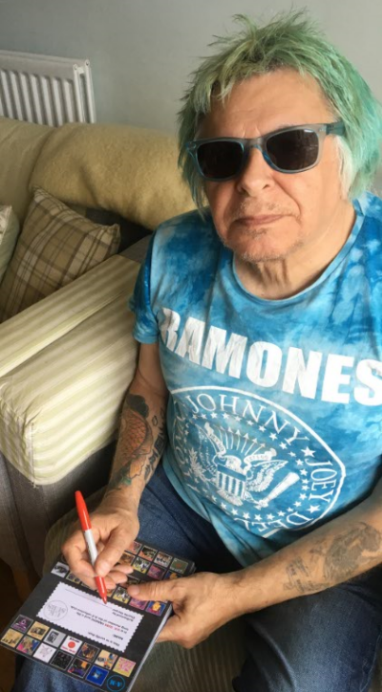 Limited to 1,000 copies worldwide, the first boxset (pictured - click images to enlarge) will have all the U.K. Subs' alphabetically released official albums from 'Another Kind Of Blues' to 'Mad Cow Fever', with those 13 discs being augmented by an additional 2 'Bonus Cuts' discs, crammed with singles, b-sides and rarities.

Produced in association with Captain Oi! Records and Chase The Ace Design, with help and advice from T&M, the first boxset is due out on 1 June 2018 with the second collection due sometime after this.

The two boxsets will have a matching design, with the second 15-CD set boasting the albums 'Normal Service Resumed' to 'Ziezo', plus another 2 'Bonus Cuts' discs, again with some tasty non-LP Subs delights.

These releases promise to be the ultimate U.K. Subs collectors item that every Subs fanatic will cherish and love, representing a stunning tribute to one of the greatest punk band's of them all.

Charlie has also signed a printed card keepsake in each set - see the picture right (click to enlarge).

Volume 1 is available to pre-order on Amazon now, with the following 'product description':

"Each box also contains a signed frame-able print by frontman Charlie Harper The band set out in 1979 to release an album for each letter of the alphabet and finally completed the task in 2017. This fifteen disc 279 track CD Book Set contains the first thirteen albums (A - M), plus two discs of non LP singles, B-sides and rare compilation album tracks. "Another Kind Of Blues" (No.21), "Brand New Age" (No.18), "Crash Course" (No.8) and "Diminished Responsibility" (No.18) all charted in the UK album charts" Down On The Farm" from 1982's "Endangered Species" was covered by Guns 'n' Roses on their multi-million selling "Spaghetti Incident" album. Discs 14 and 15 in this superbly packaged set contain 58 non LP cuts including the UK hit singles "Stranglehold" (No.26), "Tomorrows Girls" (No.28), "She's Not There" (No.36), "Warhead" (No.30), "Teenage" (No.32), "Party In Paris" (No.37) and "Keep On Runnin'" (No.41) plus the Independent Chart hits "Countdown" (No.8), "Shake Up The City" (No.13) and "Another Typical City" (No.11). Each album is packaged in a 7" sleeve featuring a replica of its original front cover with each CD a picture disc, all bound together in a strong hard back casing. Made with five guitarists, eight bass players, eight drummers…and one Vocalist! Each album has been remastered so that the Subs have never looked or sounded better."