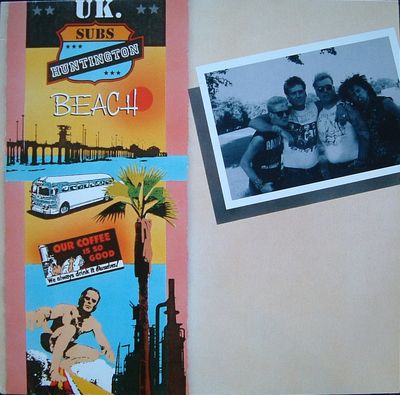 Another album with a completely new line-up (though Jim Moncur gets a credit on the sleeve for Flood Of Lies) and the first of two on RFB Recordings, a label set up by new drummer Rab Fae Beith (clue's in the title).

This would be the only album of original material this line-up would record, the fake live album 'In Action' being the last with everybody going their seperate ways; Rab moved to America to continue with his record label and Ricky joined The Men They Couldn't Hang.

Released on black vinyl (the back cover of In Action says it was on yellow but we've never seen or heard of any copies, though we could be wrong), the LP came in a plain paper sleeve with an insert promoting the Gross Out UK Video (see below).